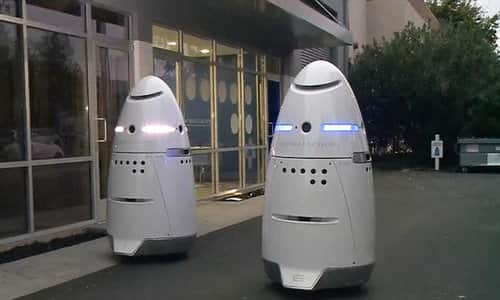 The powers that be have big plans for remaking the economy. Unfortunately, it doesn’t include living wage jobs or security of any sort for a vast number of citizens.

Amazon’s Mechanical Turk is a sobering example of what’s in store for workers in the coming platform economy.  A recent study found 3.8 million jobs had been completed by 2,676 workers using the MTurk platform as an intermediary between employer and employee. Of this sample, the median hourly wage for most workers was $2/hour, with only 4% of the total workers able to earn more than $7.25/hour.

No wonder the technology monopolists love the idea of a basic income, albeit for self-serving reasons.

First, there is the traditional libertarian argument against the intrusiveness and inefficiency of the welfare state – a problem that basic income, once combined with the full-blown dismantling of public institutions, might solve. Second, the coming age of automation might result in even more people losing their jobs – and the prospect of a guaranteed and unconditional basic income might reduce the odds of another Luddite uprising. Better to have everyone learning how to code, receiving basic income and hoping to meet an honest venture capitalist.

Third, the precarious nature of employment in the gig economy no longer looks as terrifying if you receive basic income of some kind. Driving for Uber, after all, could be just a hobby that occasionally yields some material benefits. Think fishing, but a bit more social. And who doesn’t like fishing?

Does earning $2/hour seem less terrifying on top of a basic income?

I’m not convinced, but there’s plenty of progressive thought leaders who are willing to jump on the bandwagon.

For example, The Economic Security Project recently held their first ever CASH Conference to re-imagine the economy and redefine work. Of course, a basic income scheme was the glue that was going to hold the whole thing together.

The Economic Security Project invites you to our first ever CASH Conference this fall in San Francisco. We will meet at the historic Old Mint, a building that once housed a third of our nation’s wealth, to reimagine what an economy built on the well-being of everyone could look like. We want to redefine what ‘work’ means and explore how a basic income could provide economic stability to Americans and fundamentally change society. Come hear former SEIU president Andy Stern on the future of work, State Representative Chris Lee on how to move politics forward, and Elizabeth Rhodes from Y-Combinator with an update on their basic income pilot in Oakland. We’ll talk to experts about the evidence for unconditional cash, examine why a basic income may be our best shot at alleviating poverty, surface the history of a guaranteed income in the fight for civil rights, and look at the kind of societal shifts automation could bring. We are bringing together artists, academics, activists and curious newcomers for a day of challenging conversations as we forge ahead towards a more secure future, and we want you there.

But if you take the time to dig down, some inconvenient facts begin to surface. One of the most uncomfortable being that one of the progressive champions headlining this conference is more than willing to sell out workers for a seat at the table.

Meet Andy Stern, who uses his past relationship with SEIU as his progressive badge of honor. Never mind that during his time as union head he repeatedly undermine workers and – take special note education activists – later joined the board of the Broad Center, an organization hostile to public education and the teachers unions.

When it comes to the future of work, I don’t want Andy Stern speaking on my behalf.

But organizations also assume the same role as activist leaders  – masquerading as progressive champions while settling for market based solutions that don’t disrupt the interests of their monied benefactors.

The Y Combinator pitch for it’s basic income pilot is a perfect example of settling for the status quo and treating the symptoms rather than tackling the root cause of inequality.

What’s even more disturbing is the Y Combinator’s unquestioning acceptance of the radical remaking of the economy to further serve the interests of the rich and powerful. Think about it: if restructuring the economy is this easy, why isn’t the Y Combinator advocating for a humane system that ensures everyone gets what they need from the get go?

This fake progressivism starts to make sense once you take a look at two intertwined forces bent on destroying traditional institutions and replacing them with technological solutions which will consolidate power for those that control them: the platform economy and big data.

The platform economy creates a digital middle man between workers and employees. The platform handles the money and logistics while the worker covers most of the costs of doing business (insurance, health care, upkeep). Jobs become a string of temporary projects or gigs. Amazon’s Mechanical Turk is an example of the platform economy.

Big data is the lubricant that keeps the whole system running – from the practical to the Orwellian. It picks up the garbage and enables new ways to create and extract wealth by data mining citizens in a total surveillance society. It allows capitalism to decouple wealth creation from the physical world and jump to the virtual. Total data collection opens up the opportunity for financial speculation, granular commercial targeting, and invasive state interventions into the lives of “troubled” citizens.

The Y Combinator basic income plan wraps the platform economy and big data into a human friendly package. First, it gives cover to and accepts as inevitable, the coming dominance of the platform economy. Second, it has the appearance of socialism – free money for everyone – while downplaying the true cost of this program.

What’s the true cost? Total surveillance of your personal habits, health, political activity, financial activity and education choices – with the understanding that the state may need to step in and nudge targeted citizens if they become a drag on the system.

If data is the new oil, then the Y Combinator basic income plan is a gusher.

Of course, the Y Combinator isn’t putting all of its nest eggs in one basket. This start-up incubator already has a whole division devoted to education with an emphasis on “the application of technology to enrich and transform education for all learners”. Ed-tech graduates of the program include: ClassDojo, Clever, MakeSchool, Padlet, Panorama Education, Platzi, and Remind.

But the problem goes much deeper than fake progressive leaders and organizations putting their stamp on anti-worker and market based initiatives.

Guess who first pitched the idea of a basic income?

Milton Friedman, father of neoliberalism, who gushed after Katrina:

Most New Orleans schools are in ruins, as are the homes of the children who have attended them. The children are now scattered all over the country. This is a tragedy. It is also an opportunity to radically reform the educational system.

One thing about Milton Friedman, he was a true free-market champion and didn’t hide his intentions behind feel good double-speak like today’s education reformers and fake progressives.

He also called his basic income idea what it truly was: a negative income tax.

The idea being poor people would get a portion of their designated negative tax payment back from the state as a cash reimbursement. The catch? These payments would be covered by cuts to existing government services like food stamps, social security, remnants of existing welfare programs and any other government initiatives designed to assist the poor.

Not only is this much less progressive than advertised, it provides the technology monopolists another market to exploit by leveraging and building upon the data collected by a basic income program.

Who needs any form of government when various online platforms can offer every kind of social service imaginable while Wall Street provides the funding through social impact bonds?