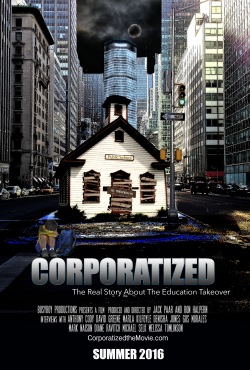 Filmmakers Jack Paar and Ron Halpern are creating a film that will blow the lid off of the corruption that is behind the corporate takeover of public education.

In 2014, Jack Paar attended a rally for teachers, parents, and students in Washington, D.C. with his wife, an elementary school teacher. Jack says, “Before the rally in D.C., I didn’t really know that big business was taking over our public schools, nor did I understand why it was problematic. I know that there are others who don’t understand the real problems with our public education system because big business is really good at blaming it all on the teachers. However, it’s not the teachers who are to blame. It’s the fault of greedy politicians like Scott Walker, Chris Christie, Andrew Cuomo, and Arne Duncan, who are owned by greedy, big business: Pearson Learning, Gates Foundation, Walton Family, Eli Broad, Koch Brothers, and Bradley Foundation. To them your children are simply a dollar sign. So, we’ve decided to create a film that will reach a diverse audience and provide them with hard facts and heartfelt messages from dedicated teachers, parents, and students.”

“Corporatized” pulls back the curtain on the charade to reveal how big business is doing a devastating disservice to our public school students, and how they are dismantling and destroying the teaching profession in the name of profit.

Each year, over $600 billion of taxpayer money is used to fund the U.S. public education system. In today’s era of privatization, it was only a matter of time before corporate education reformers figured out a way to get at that money.

They didn’t just steal it. These savvy, corporate raiders are too smart for that. What they’ve done is create an elaborate scheme to funnel that money in their direction. The testing mania, brought on by No Child Left Behind, is part of their scheme. Sounds legit, and looks legit to the layman. But, the devastation this is causing to public education may be terminal… if we don’t take measures to stop it.

Schools are losing their funding. Teachers are losing their jobs. Parents are wondering what happened to the public school system in which they grew up. Children are being reduced to a measly test score. The once engaging, well-rounded education experience is being replaced by the mundane task of learning how to fill in the correct bubble.

If there is any hope of defeating these corporate “deformers”, we must all do our part to save our public schools from privatization. We may not have the money that these corporations do, but we can raise our collective voice to be heard. Students and teachers are people, my friends! In “Corporatized” we’ll reveal how they are fighting back.

“Corporatized” shines a light on the hypocrisy, shortsightedness, ineffectiveness, and greed of the corporate education reformers. We need your help to complete it, and get it noticed. Please help by donating and sharing our campaign.

Jack Paar, Director and Producer for BusyBoy Productions, has been in the entertainment business since 1967. He started as a child actor when he was three months old in a television series produced by Aaron Spelling, “The Guns of Will Sonnet”. As a child actor he worked in several big feature films, TV commercials, and television shows such as “Oh God “, “Baretta”, “Emergency”, “Kojak”, “Rockford Files”. At the age of five he became a member of the Screen Actors Guild.

Jack later moved to the production side of the business working on major feature films such as Blade, The Mummy, Scorpion King and television shows like the Mighty Morphin Power Rangers on FOX television. He also had the opportunity to collaborate with world classmusic acts such as; Ringo Starr, Anita Baker, Donna Summer, The Counting Crows, Maroon 5, Slash, Grand Funk Railroad, Willie Nelson, and Edgar Winter.

Following his success, Jack formed BusyBoy Productions. He has expanded his scope to include reality television, advertising, distribution, artist development, and music production. In the last ten years he has been involved in television production projects for Discovery Channel, A&E, Animal Planet, VH1, where he has been producing several reality TV shows.

With more than 25 years of experience in the film business and music industries, Jack has created a wide range of productions for some of the country’s most prestigious brands including Best Buy, ReMax, Cummins, McDonalds, Starkey Labs, and CSM. He understands and can quickly distill highly technical information into effective, engaging video productions. 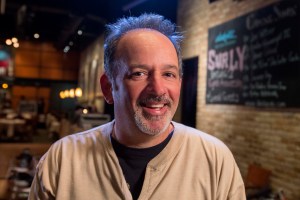 Ron grew up in New York and New Jersey and attended NYU’s FilmSchool.  Upon graduation Ron moved out to Hollywood to get his career started. While there Ron had the opportunity to work on Films, TV shows, Music Videos and Commercials.  Some of the more noteworthy projects he worked on were the films, Robocop, Bill & Ted’s Excellent Adventure and The Wonder Years. He also worked on hit videos for ZZ Top’s “Rough Boy” and Whitesnake’s “Here I Go Again”.

While in LA, Halpern started a Production Company and was involved in creating videos to promote the original American Gladiators and several films produced by the Goldwyn Studios. He also shot celebrity interviews for Showtime for 3 years that were used to help promote their latest films.

After 13 years in CA, Ron moved to Minneapolis and continued to work in production. He shot and directed many award winning commercials and also shot several cable shows, Bathroom Renovation for the DIY network, Monsterquest for the History Channel and Last Comic Standing MN for NBC.

Ron was the Director of Photography for the feature length documentary, Funkytown, which followed 5 Minnesota bands around as they pursued their musical dreams. Most recently Halpern shot and edited the documentary, Legends of Ska. It has played around the world to enthusiastic audiences selling out screenings at the British Film Institute and the Grammy Theater in Los Angeles.  This past summer it was seen at the American Film Institute theater in D.C. and Lincoln Center in NYC.  “Legends of Ska” was recently awarded “Best Documentary” at the Jamaican Film Festival.

One thought on ““Corporatized” the movie: Coming to your neighborhood soon…if you can help”