The Struggle over Mayoral Control of Seattle’s School Board

This article was originally published in The Progressive.

Seattle and the state of Washington have determinedly resisted the expanding privatization of our nation’s schools. Citizens protested standardized testing and voted three times to oppose charter schools in the state. The issue went to the state’s Supreme Court when a fourth charter school initiative passed with a push from big donors. The Washington State Supreme Court ruled that charter schools were unconstitutional. We watched as cities like Chicago and Detroit folded to privatization interests. We saw charter school operators take over entire districts as in New Orleans after Hurricane Katrina, and the mostly minority communities of Michigan.

We wanted no part of it.

Some other examples of the Seattle School Board’s progressive actions include: initiating later school start times to better match students’ biological needs; passing a resolution to replace the Common Core SBAC test with more fair and valid assessments; establishing a $2 million “student stability” fund to mitigate upheaval at the start of the school year; demanding that special education students be served in the city’s preschool program; moving public testimony to a time when more working parents can participate; placing a moratorium on suspensions of elementary students for non-violent offenses; cutting ties with the Gates Foundation funded Alliance for Education; reaffirming board support of public schools and its opposition to charter schools and taking a stand with the superintendent opposing law-skirting efforts by the Office of the State Superintendent to channel public funding to illegal charter schools via the tiny Mary Walker School District In Eastern Washington.

At the same time, Seattle’s Mayor Ed Murray has been working behind the scenes to take mayoral control of Seattle’s School Board.

Back when he was a Washington state senator, Murray sponsored a failed bill proposing that any town or city in the state could hand over its school district to mayoral control. In the last few years Murray has assembled his own Department of Education and worked on privatizing preschool, using tax levy dollars to threaten established city- and county-subsidized preschools with a percentage of money taken away based on the number of children who do not perform well on tests.

Seattleites are aware of what has happened around the country with mayoral control and want no part of it. The NAACP opposed a recent bill on mayoral control along with the League of Women Voters of Washington State and various legislative districts.

The Mayor is now looking at other ways to gain control.

In a letter sent to Mayor Murray from Regina Jones, who is now working for the Mayor’s office as an “executive on loan,” Jones spells out how to take over the school board by “cultivating candidates to serve on the board.” The plan is based on the success of two mayors in San Francisco who essentially embedded one of their own staffers on the school board because, “As in Seattle, [the San Francisco Unified School District] SFUSD was concerned about a takeover of the district by the mayor.” So the mayor needed to find a more subtle way to achieve that end—or something approximating it.

Another recommendation is to cultivate and support “candidates to run for the board of [Seattle Public Schools] SPS.” This is the same approach the League of Education Voters, Stand for Children and the Democrats for Education Reform have used  to influence  school board meetings in Washington State. Ms. Jones wrote:

“As part of the suggested SF approach of working from “inside out”, have ongoing engagement of key SPS principals, particularly principals in Levy-supported schools, to further focus Levy funding on effective strategies, including full-year, experiential learning supported by business and philanthropic partners.”

An example of this is a partnership with the gaming tech company Zynega.

Mayor Lee, in his strategic plan for SFUSD titled Vision 2025, includes “blended learning” also referred to as “personalized learning.” What that means is each student has her own computer and uses it for lessons and tests, instead of shared class time with other students and interaction with a teacher. Summit charter school and Rocketship Charters are based on this approach. It’s less expensive in terms of operating costs and staff hours.

Vision 2025 also promotes interaction with the private sector, particularly the computer gaming sector. Per the letter:

“After implementing this new vision, the gaming academies are now thriving. More than half of the students are now women of color. The gaming academy at Balboa High School is exactly what tech company Zynega wanted—the academy allows Zynga to steep students in the culture of their industry, while developing a talent pipeline.”

The agreement with Zynega provides students with an opportunity to work with companies while in high school but this also appears to be a business opportunity for Zynega to develop “talent” for their own use.

Regina Jones’ letter is a game plan for gaining control of Seattle’s school board and the district. As Chris Hedges would say, it is “a coup d‘etat in slow motion”.

The Center for Public Education has written:

“Most researchers agree on one negative consequence — when mayors take charge of public schools, the role of parents and the community, especially among minority groups, can be marginalized and can further compromise democratic control of schools.”

In cities that have mayoral control of schools, and in Michigan where the entire state public school system is under the governor’s control, there is little to no opportunity for a democratic process.

In Chicago, under mayoral control, schools have been closed and many converted into charter schools, disrupting neighborhoods and scattering students to schools throughout the city.

Gloria Warner, president of Action Now and a retired teacher, said about the appointed school board in Chicago:

“The injustice being done to our kids through the closing of 50 schools, opening more corrupt charter schools, diverting our neighborhood schools and keeping democracy from the school board affects all of us.”

The statement was made at an event where community members were calling for an elected school board in 2015.

Former Secretary of Education Arne Duncan made an important piece of his agenda mayoral control of urban school districts and once said he would consider his time as education secretary a “failure” if more mayors didn’t take over city school systems by the end of his tenure.

In 2013 twenty-four public schools in the city were closed and five other schools were relocated or merged with other schools. An article published in Philadelphia’s Notebook stated:

“Neighborhoods, many anchored by the schools that were closed in June, were altered forever, leaving many families uncertain about what the future of public education in the city would look like.”

These school communities were made up of minority families whose neighborhoods were targeted for gentrification. Two years later a restaurant opened in a former school building. An article in AlterNet titled The Devastating Impact of School Closures on Students and Communities laid it out:

“a pop-up restaurant on the building’s eighth floor (opened), which served French food, craft beers, and fine wines. The rooftop terrace was decorated with student chairs and other school-related items found inside the building. Young millennials dubbed the restaurant “Philly’s hottest new rooftop bar,” while longtime residents and educators called it “a sick joke.” Situated in a quickly gentrifying community where nearly 40 percent of families still have incomes of less than $35,000, there was little question about who would be sipping champagne and munching on steak tartare on Bok’s top floor.”

“Those of us who live in cities under mayoral control know that the primary result is not to improve education or to help struggling children, but to stifle the voices of parents, students, teachers, and community members. Under mayoral control, governance is transferred to the mayor and the power elite, few of whom have children in public schools or even attended one. Mayoral control snuffs out democracy.”

The most egregious example of a politician’s undemocratic control of public schools can be seen in the state of Michigan with the decision by former Michigan Governor Jennifer Granholm to hire Emergency Financial Managers. The emergency managers have the power to take control of a city’s government, reduce pay, outsource work, reorganize departments and modify employee contracts. Emergency managers can also deem school districts “failing,” close public schools and convert them into charter schools.

The first appointed emergency manager, Robert Bobb, took over the Detroit Public School system in 2009. The County Circuit Court in 2011 found this takeover illegal but soon after, emergency managers were appointed in mostly minority communities around the state, including the city of Flint. In several of these towns, such as Highland Park, Michigan the public schools were closed and taken over by charter operators.

Darnell Earley, the unelected manager of Flint, presided over the devastating decision to switch the city’s water supply to the Detroit River resulting in lead poisoning of residents throughout the city. After the water disaster, Mr. Earley was appointed by Governor Rick Snyder to become the CEO of Detroit Public Schools.

Now the Emergency Managers are being named CEOs, as in Chicago, and given more power.

The people have no voice or control over how their children are educated or by whom. The same holds true for mayoral control. That’s why, in Seattle, people are fighting back.

For a good history of Emergency Managers in Detroit, see:

Back in the early 2000’s Sun Microsystems’ Scott McNealy described the pending merger between Hewlett-Packard and Compaq as “the sound of two garbage trucks colliding”. Whenever I read through the 449 page abomination that is the 2016 re-write of the 1965 ESEA – later rebranded as the ESSA – I can’t help thinking of that phrase. The law really is… 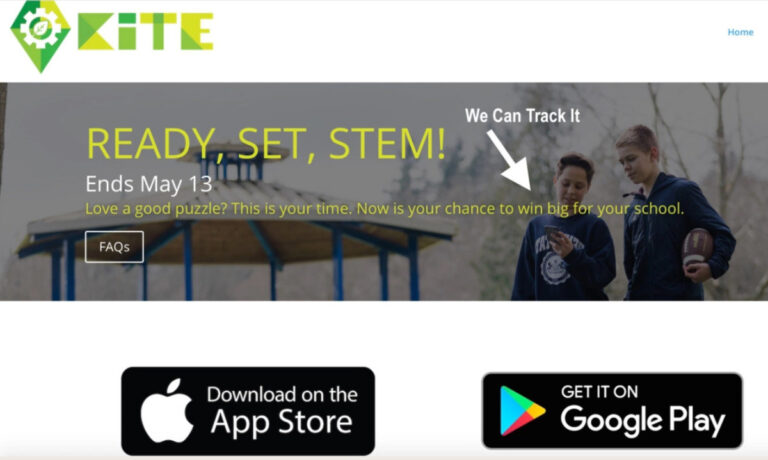 SEATTLE SCHOOLS’ CONTROVERSIAL SUPERINTENDENT DENISE JUNEAU; SCHOOL DISTRICT HEADQUARTERS It seems very quiet at the offices of the Seattle School District’s John Stanford headquarters, in spite of a bombshell story about the district’s tolerance of student abuse in the classroom by the adults in charge. The mismanagement of the district was on display and in…