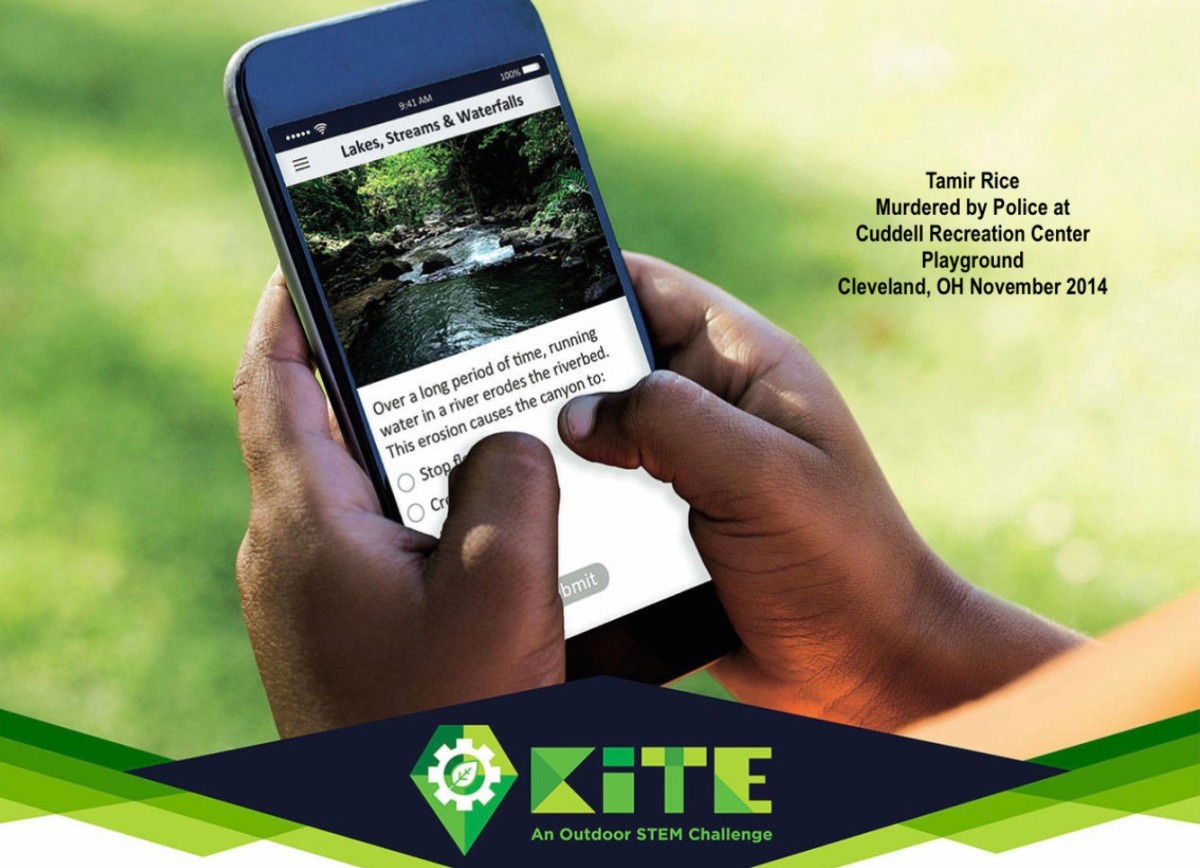 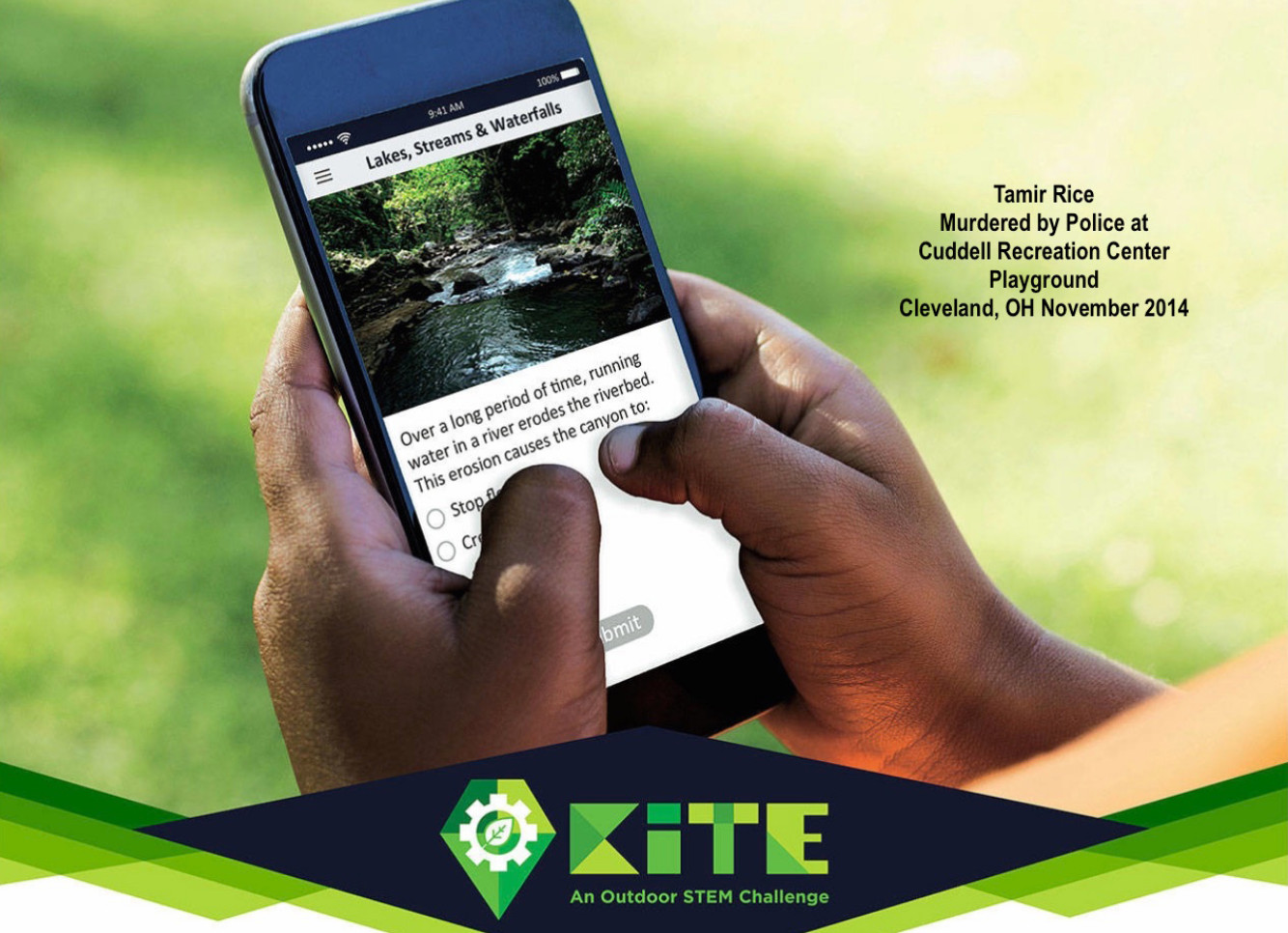 Our country’s education system was never meant to empower black and brown people. The current system is deeply flawed. Yet before advancing device-mediated, anywhere learning as a progressive “solution,” we must consider the implications that adopting a decentralized learning ecosystem model could have for children of color. Will they be forced to go out and navigate, on their own, a world of whiteness, fraught with danger in order to receive a public education? What will it mean to have their every move monitored via ICT technologies? Will earning educational badges vary depending on “where” they learn, as was the case with the Kirkland Park System program?

This is a companion to a previous post I wrote about the implementation of the KiTE STEM challenge, a Google-sponsored digital learning contest being run in partnership with the Kirkland, WA park system this spring. Read part one here.

On April 12 Rashon Nelson and Donte Robinson were arrested at a Starbucks coffee shop at 18th and Spruce Streets while waiting for a friend with whom they had a scheduled meeting. A bystander recorded the encounter, as the men had done nothing wrong and questioned the police as to why the arrests were made. Their experience has been widely discussed in national news. Today being a black or brown person in the public sphere is to be suspect and put at risk of arrest, deportation or even death.

I raise this within the context of appified learning ecosystems, because Philadelphia is a City of LRNG. Collective Shift has been promoting a system of “personalized” learning called Digital On Ramps where Philadelphia’s students, many of whom are students of color, would be sent out to navigate the city and earn skills-based badges.

The featured image for this post is from the article discussing Kirkland’s Kite STEM challenge. It shows hands holding a phone with a multiple choice question on the screen. They are young, black hands. Presumably this child is in a park using the app. In seeing those hands, I remember twelve-year old Tamir Rice, murdered by police at a Cleveland playground in 2014. We would like to think of parks as “safe” places to learn, but there are no guarantees for black children.

ree-range device mediated education may seem like a great idea for privileged teens who can sit on the “weed-wall” in Rittenhouse Square and face no consequences. But what does that look like for young black men? Will they be afforded the same treatment? What will their “Hackable High School” look like? Will they have the right to pursue online instruction on a laptop undisturbed in local coffee shop? 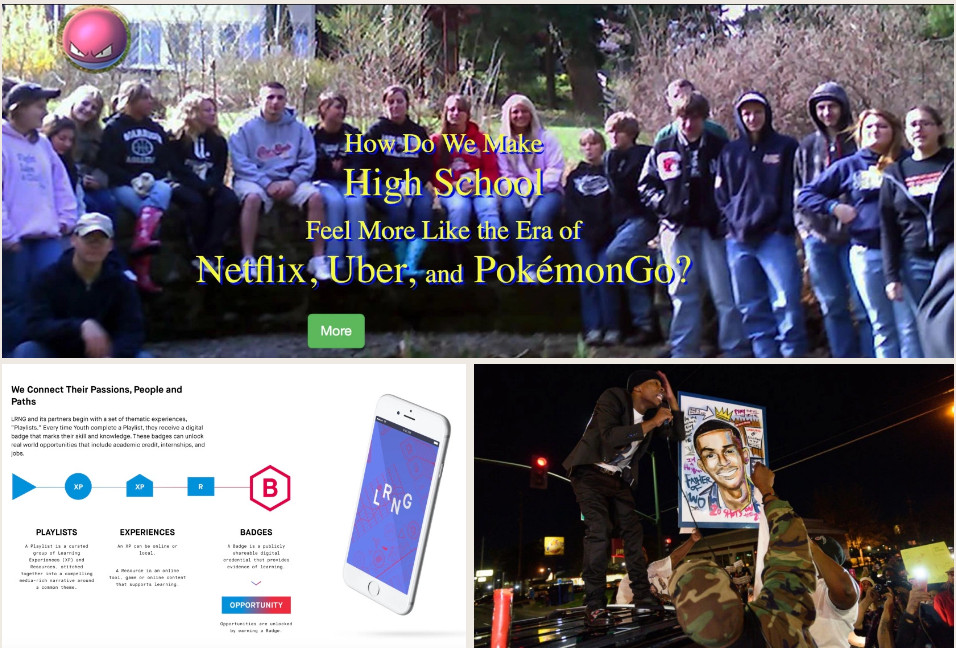 I see Collective Shift’s image of “appified” education (above) and can’t help but think of Stephon Clark, murdered in his grandmother’s backyard by police as he held his phone. Will black and brown children be targeted pursuing informal learning on phones? Will they fear being shot as they collect competencies for their digital learning lockers?

I also think about the data being collected by the apps that enable anywhere learning: location data, emotion sensing data, and data about social interactions, all of it aggregated and used to develop predictive profiles. Are we bumping up against the moment when Philip K. Dick’s Minority Report is realized? When pre-crime interventions begin? Which brings to mind a panel discussion “Defining Public Safety: Visions for the Future of Policing” I attended last October during the International Association of Chiefs of Police annual conference.

During the Q&A at the end, former CIO of the City Charles Brennan, noted that the future of policing would be facial recognition cameras, predictive analytics software, and drone surveillance. Watch this clip from a 2014 lecture at MIT featuring whistleblower William Binney that describes facial recognition software developed by the military in Afghanistan as it was being deployed by local police in Springfield, MA. 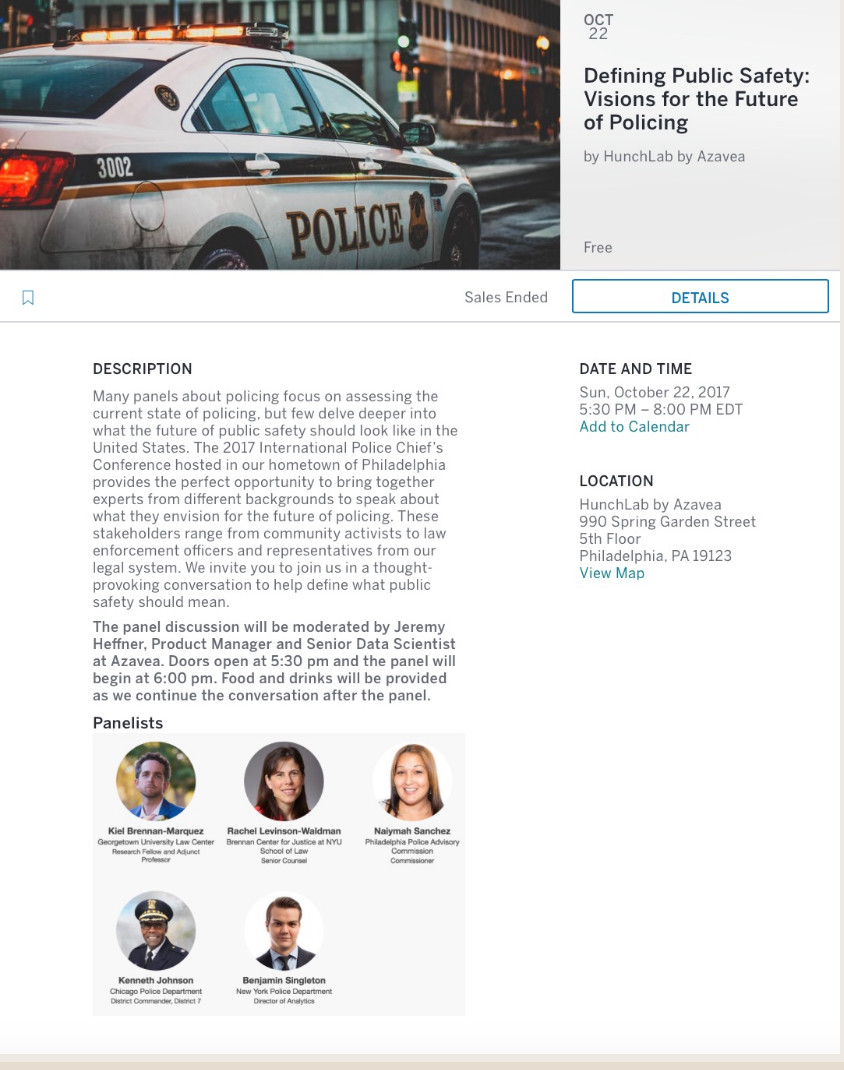 How will it feel to “learn” exclusively in such an environment, an environment of ubiquitous surveillance and policing? And how will race play into assigned pathways for work-based learning? I have concerns about the quality of the experiences provided, as well the possibility of child labor issues. We know tremendous racial bias exists in US work places. What protections will be put in place to ensure black and brown children are not victimized? Who will be able to access which parts of the ecosystem? Will “Wharton-affiliated” ecosystem opportunities be restricted to students that meet specific criteria, while students of color get pushed into tracks for grounds maintenance, home healthcare, and basic coding?

US society suffers from a pervasive sickness that stems from our national origins in the theft of indigenous land and the trans-Atlantic slave trade. Here in the city of “brotherly love,” myths portraying what we wish we were (independent, fair, just) are carefully tended. Yet, the brutality of our history (our present) cannot be denied. It emerges with regularity, at times on camera, in branded corporate settings like Starbucks, upending the lives of innocent people like Mr. Nelson and Mr. Robinson.

Our country’s education system was never meant to empower black and brown people. The current system is deeply flawed. Yet before advancing device-mediated, anywhere learning as a progressive “solution,” we must consider the implications that adopting a decentralized learning ecosystem model could have for children of color. Will they be forced to go out and navigate, on their own, a world of whiteness, fraught with danger in order to receive a public education? What will it mean to have their every move monitored via ICT technologies? Will earning educational badges vary depending on “where” they learn, as was the case with the Kirkland Park System program?

I have many reservations about “future ready” education, but the Starbucks incident makes clear the issue of race is paramount. This issue is not in any of the papers put out by Knowledgeworks. It is not addressed by MacArthur or Collective Shift. For all the black and brown people who have died or been subjected to physical or emotional violence for simply existing in spaces where white people felt they were a threat, we must talk about this.

Before hackable education models start to supplant bricks and mortar schools, there must be public conversations that critically examine what such a model would mean for black people, for brown people, and for undocumented immigrants. Their voices and opinions must be prioritized. The Kirkland KiTE STEM Challenge goes online this week. Will we start talking about this before it is too late? Lives hang in the balance. 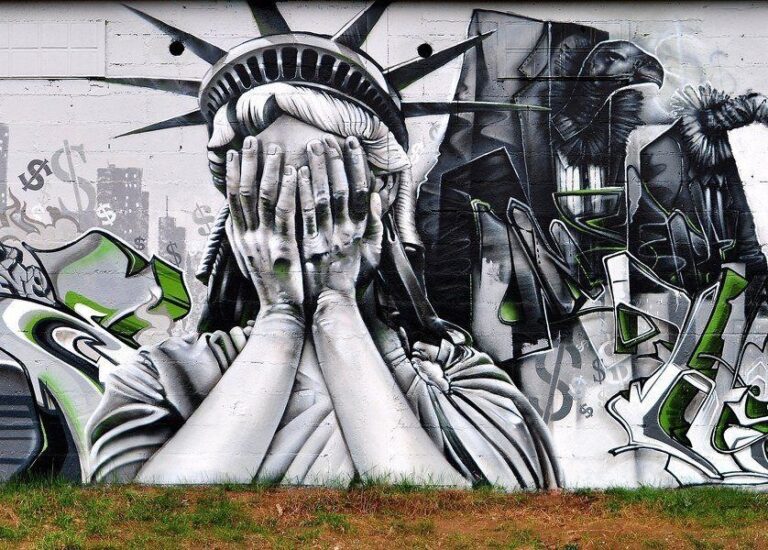 activism, adaptive management systems, Advocacy, Excellent Schools Now, Facebook, League of Education Voters, Stand for Children Manufacturing Consent: How to Engineer an Education Activist Date: July 22, 2018Author: seattleducation2010 2 Comments If social media platforms can predict your behavior, advocacy groups can buy access to it. They also have the power to manipulate your actions –

Articles Aging Geeky Oligarch Front and Center in Education Takeover Bill Gates and the Corporatization of American “Public” Schools Excerpt from Tech Rights: Despite Controversy and Backlash From Scientists and Human Rights Activists, the Gates Foundation Continues to Promote Private Prisons and GMO Ventures That It Profits From Summary: Bill Gates continues to engage in… 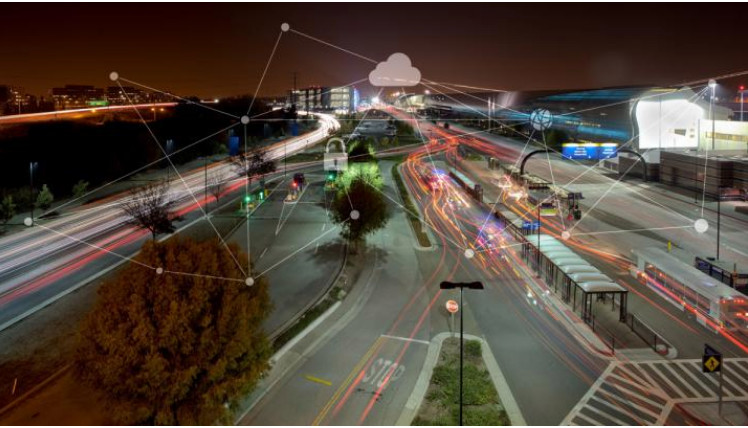 Diane Ravitch, who was the Assistant Secretary of Education during the Bush Administration, the administration that developed the atrocity called No Child Left Behind, made a heroic and very public u-turn when she realized that the policy that she helped configure was not the answer to the opportunity/achievement gap that was apparent at that time….

I always knew that the “idea” of mayoral control would be raised in Seattle at some point. When I heard that the City of Seattle’s Office of Education was to be renamed the Department of Education, I told friends that the next thing we’re going to hear is that the mayor wants to be head of…