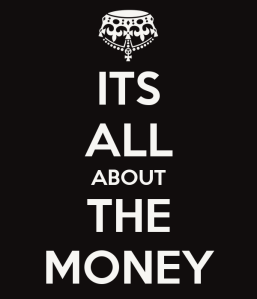 I always knew that the “idea” of mayoral control would be raised in Seattle at some point.

Well, the idea was floated last week in the Seattle Times Opinion section. No surprise there.

Short version of why this is not a good idea:

In the excellent article Got Dough?: Public School Reform in the Age of Venture Philantropy, Joane Barkin describes the popularity of mayoral control among the “Big Three”, Bill Gates, Eli Broad and Secretary of Education Arne Duncan:

On the question of who controls public schools, the Big Three much prefer mayoral control to independent school boards: a mayor with full powers can push through a reform agenda faster, often with less concern about the opposition. On August 18, 2009, the New York Post quoted Bill Gates on mayoral control: “The cities where our foundation has put the most money is where there is a single person responsible.” In the same article, the Post broke the news that Bill Gates had “secretly bankrolled” Learn-NY, a group campaigning to overturn a term-limit law so that Michael Bloomberg could run for a third term as New York City mayor. Bloomberg’s main argument for deserving another term was that his education reform agenda (identical to the Gates-Broad agenda) was transforming city schools for the better. Gates put $4 million of his personal money into Learn-NY. “The donation helped pay for Learn-NY’s extensive public-relations, media, and lobbying efforts in Albany and the city.” The Post also reported that Eli Broad had donated “millions” to Learn-NY. Since Bloomberg’s reelection, however, the results of one study after another have shown that his reform endeavors are not producing the positive results he repeatedly claims.

For the past five years, Mayor Michael Bloomberg and Chancellor Joel Klein have claimed that, due to their programs, New York City was a national model. They proclaimed that the city had made “historic gains” on state tests, all because of the mayor’s complete control of the policymaking apparatus. The mayor testified in congressional hearings that New York City had cut the achievement gap in half. Klein traveled to Australia to boast of the city’s gains, and the Australian minister of education intends to alignthat nation’s education system with the New York City model.

It was an exciting and wonderful ride while it lasted. But last week, withthe release of the state test results for 2010, New York City’s claims came crashing to the ground. The national model went up in smoke. The miracle was no more. The belief that mayoral control was a panacea for urban ills was no longer sustainable.

Secretary of Education Arne Duncan has gone around the nation for the past 18 months singing the praises of mayoral control. But in light of the New York City fiasco, he will have to find a new example when he lectures urban audiences, because the New York model just lost its wheels.

What is that model? All decision-making power vested in the office of the mayor, who chooses the school leadership; testing and accountability; report cards for schools with a single letter grade; bonuses for principals whose schools have rising scores; closing schools whose scores do not rise; opening charter schools and small schools; devolving authority to principals to make decisions about spending and instructional programs.

When Mayor Bloomberg first ran for office, he said that the legislature should give him control of the school system with minimal checks or balances. He promised accountability. If anything went wrong, the public would know whom to hold accountable; not some faceless board, but he, the mayor, would be accountable.

The New York City version of mayoral control means that parents and the public have no voice. The shell of the central board is dominated by a majority of mayoral appointees, who approve whatever the mayor wants. On the one occasion when two of his appointees threatened to vote independently, they were fired on the spot.

Every year, the State Education Department reported that scores were going up across the state and in New York City. In 2007, based entirely on steadily rising state scores, the Broad Foundation awarded New York City its annual prize as the nation’s most improved urban school district. Mayor Bloomberg used the state scores to win re-election in 2005 and to bypass term limits and get re-elected for a third term in 2009.

When the mayoral control law expired a year ago, the mayor referred to the state scores as evidence that his reforms were working and the progress should not be interrupted.

The narrative ended on a sour note last week. The State Education Department accepted that the state tests had gotten so easy in recent years that the standards had become meaningless.

Students could advance from level 1 (where remediation was required in New York City) to level 2 by random guessing. Reaching level 3 (“proficiency”) did not mean that students were likely to graduate high school. Under new leadership, the state raised standards, and the proportion of New York City students who reached proficiency dramatically declined.

The pass rate on the reading test fell from 69 percent to only 42 percent, and on the math test, it dropped from 82% to 54%. In addition, the achievement gap among students of different racial and ethnic groups grew larger, as large as it was when the mayor took office.

The mayor and the chancellor responded to the new situation not by accepting responsibility and accountability, but by denying the facts. In news conferences, press briefings, and opinion articles, they and their surrogates insisted that the “historic gains” of the past five years were still intact.

They pointed to scores on the National Assessment of Educational Progress to defend their claims, but this was a weak reed. New York City’s gains on NAEP were garden-variety. Atlanta, Boston and the District of Columbia made larger gains in fourth grade reading and math; Atlanta, Boston, Chicago, Houston, Los Angeles, and San Diego made larger gains in eighth grade math; and New York City made zero gains in eighth grade reading from 2003-2009, while Atlanta, Houston, and Los Angeles did see significant improvement in that grade and subject.

So the larger story is this: Mayoral control did not turn New York City into a national model. Before promoting mayoral control as the answer to urban education, Secretary Duncan would do well to consider Cleveland, which has had mayoral control since 1995.

Mayoral control is not a panacea. Not in Cleveland or in New York City. Nor in Chicago, which has seen some gains, but is still one of the nation’s lowest performing urban districts after many years of mayoral control.

For more on mayoral control see: