Many of us painfully recall our last Broad Superintendent, Dr. Goodloe-Johnson and the chaos she wrought through school closings, successful programs being decimated, an increase in bureaucracy, nonsensical rifing of teachers and a regime of fear.

This kind of disruption has been felt by other districts who hired superintendents trained by the billionaire Eli Broad who thinks all schools should be privatized.

At least once or twice a month, people contact me after finding the article Sue Peters wrote on the Broad Foundation, How to tell if your school district is infected with the Broad virus. These parents feel as we did, lost, not understanding what was going on or why and not knowing what to do.

The reason this blog was created is because several of us, as parents and teachers, didn’t understand why our superintendent was closing schools when we knew Seattle was growing and couldn’t understand why she was moving school programs around and rifing teachers on a whim. Someone floated the name “Broad” which we then connected to charter schools and all became clear. We began to see the connections between Broad and Bill Gates along his faux roots groups and the push for privatization. Once we began to accumulate information, it became too unwieldy to file online so I decided to post the information in the form of a blog and the rest, as they say, is history. The one good thing that came out of Goodloe-Johnson’s reign was that we formed a tight knit community of parents, teachers and concerned citizens who became the watchers on the wall and we are blowing the horn once again.

“Our Approach to Investing: Venture Philanthropy. We take an untraditional approach to giving. We don’t simply write checks to charities. Instead we practice ‘venture philanthropy.’ And we expect a return on our investment.”

The Broad agenda is to close schools and successful programs and bring in charter schools to replace them as happened in New Orleans after Katrina, in Philadelphia, Detroit, Chicago and Los Angeles where Eli Broad lives. Broad has proclaimed that all schools in Los Angeles should be charter schools

Goodloe-Johnson closed 9 schools and programs with a reshuffling of teachers and students to save $5M just for them to be reopened the next year due to overcrowding of classes at the cost of $47.8M. She also closed the African American Academy and Summit, both alternative schools that served the community well.

In the end, Goodloe-Johnson was let go along with her CFO under a cloud of allegations of fraud.

Contact your school board members and let them know what you think. The vote is this Wednesday.

For additional information on the Broad Foundation and Dr. Goodloe-Johnson, see:

The Battle for Seattle, Part 1

The Battle for Seattle, Part 2: Hijacked!

The Broad Foundation in Seattle

EDU$HYSTERS OF THE WEEK: TIM QUINN OF MICHIGAN (AND THE BROAD FOUNDATION, OF COURSE)

TEN + REASONS WHY THE SEATTLE PUBLIC SCHOOLS SUPERINTENDENT, DR. MARIE GOODLOE-JOHNSON, SHOULD BE FIRED WITH CAUSE

CAN SEATTLE’S SCHOOLS AFFORD MANY MORE YEARS OF SUPT. GOODLOE-JOHNSON?

TESTIMONY REGARDING THE FIRING OF DR. GOODLOE-JOHNSON

TESTIMONY REGARDING DR. GOODLOE-JOHNSON’S PERFORMANCE: NO ONE CAN SERVE TWO MASTERS

SEA, THE SEATTLE EDUCATION ASSOCIATION, RECOMMENDS TO THE SCHOOL BOARD NOT TO EXTEND SUPERINTENDENT DR. GOODLOE-JOHNSON’S CONTRACT.

NINE SCHOOLS SO FAR HAVE SIGNED “NO CONFIDENCE” RESOLUTIONS REGARDING THE PERFORMANCE OF DR. GOODLOE-JOHNSON

PHILADELPHIA AND THE ATTEMPTED COUP OF THEIR SCHOOL DISTRICT

THE PUSH TO PRIVATIZE EDUCATION IN PHILADELPHIA AND BEYOND

PHILADELPHIA AND THE PRIVATIZATION OF A SCHOOL SYSTEM

Who Is Victimizing Chicago’s Kids?

From Accountability to Privatization and African American Exclusion: Chicago’s “Renaissance 2010”

Got Dough? Public School Reform in the Age of Venture Philanthropy

1. Amplify is owned by Rupert Murdock of News Corp. Joel Klein, the divisive ex-chancellor of New York City schools, is the leader of News Corp’s education division. 2. Murdock spent $360 million to buy Wireless Generation, which was rebranded as Amplify. 3. Amplify “partnered with inBloom to custom-build the open-source software that forms the infrastructure for inBloom’s system.” The…

A Parent Guide to the Broad Foundation’s training programs and education policies This guide can also be downloaded as a pdf fact sheet. The question I ask is why should Eli Broad and Bill Gates have more of a say as to what goes on in my child’s classroom than I do? – Sue Peters in NYC…

Well, well, well. Robert Bobb confirms he will end work with Detroit Public Schools by end of academic year Can it get any worse? Well, apparently it can. This Broad graduate who was placed in Detroit and who has half his salary paid for by the Broad Foundation is in deeper water now more than… 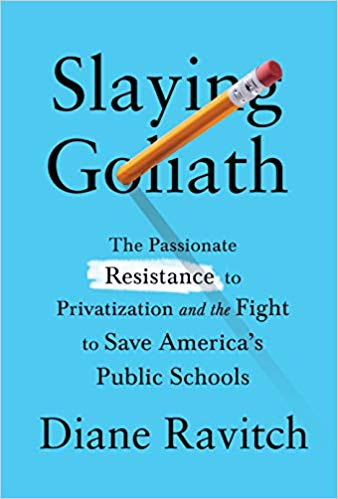