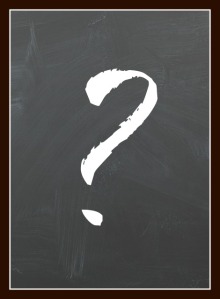 In politics, actions are everything. That’s why it’s especially interesting Attorney General Bob Ferguson has decided to defend charter schools AFTER they were ruled unconstitutional by the Washington State Supreme Court.

Here’s the twist: before the Supreme Court made their surprise ruling, many opponents of the charter school Initiative 1240 predicted the law was unconstitutional. The basis of their argument was that charters did not qualify as “common schools” because they weren’t under the supervision of an elected body. Because these schools were not common, they should not have access to public funds.

Currently the Washington State Legislature is being held in contempt by the Supreme Court for not fully funding public education in the state of Washington. This was just as true in 2012, when the voters narrowly approved Initiative 1240.

After Initiative 1240 squeaked to victory with 50.69% of the vote, both the Superintendent of Public Instruction, Randy Dorn, and the newly elected Attorney General, Bob Ferguson, decided not to challenge its constitutional standing.

This voter approved initiative opened the gates for public education funding to be channeled to private organizations without public oversight — essentially denying even more funding from the state’s resource starved public schools.

On September 4, 2015, the Washington State Supreme Court dropped a bomb, ruling 6-3 that Initiative 1240 did not meet the condition of a common school and should not receive public money.  Here is the meat of their argument:

“The decision not only invalidates Initiative 1240, but also unnecessarily calls into question the constitutionality of a wide range of other state educational programs,” the statement said. “These important programs range from Running Start to Washington State Skills Centers that provide career and technical education to high school students.”

In regards to Running Start, this argument is not true.

Running Start dollars go to school districts, under the supervision of an elected school board, and then the district transfers at least 93% of the funds to community colleges to pay for the district’s students who enroll there. What’s more, the school board has to approve an agreement with the community or technical college about the level of reimbursement for each student receiving Running Start services from that public institutions.

Also Washington State Skills Centers, which Ferguson brings up later, are based on inter-local agreements with school districts which are authorized by elected school boards. Funding for skill centers is directed through school districts.

Being curious about Ferguson’s sudden interest in the constitutional merit of I-1240, I did some poking around the PDC and found this:

On August 17th, 2015 Ferguson received two campaign contributions from Apollo Education Group, Inc. for a total of $1,500 dollars. Among other things, this group likes to invest in charter schools. Interesting coincidence, no?

And more about the Apollo Group from Education Alchemy, LAMAR ALEXANDER AND THE CORPORATE PRIVATIZERS: WHAT TO WATCH FOR

Another interesting thing to keep watch over as Senator Alexander begins to push his education agenda is how the for profit education enterprises,(especially Apollo Education Group) at both the k-12 level but at the higher education level benefit from his legislation. For one thing, Apollo Education Group is directly involved with ALEC and we can see that Sen Alexander takes his bill writing tips from ALEC model bills (as seen above).

Who is Apollo Education Group?

Apollo Education was founded in 1973. It is an international privately run corporation that owns ten for-profit subsidiaries most notably, University of Phoenix.  It also has direct ties to ALEC. As one report states, “As we are now aware, education privatization, for-profit colleges, vouchers and higher education issues are now at the top of ALEC’s to-do list. One of the SCP board members is the VP of Apollo Group – also involved directly with ALEC on pushing education legislation.”

According to a 2014 report Apollo serves as a revolving door for positions of people who also serve politicians including Lamar Alexander:

“Apollo Group, which runs the biggest for-profit college, the University of Phoenix, spent $490,000 in the first quarter of 2014 lobbying in Washington, with $320,000 of that spent on in-house lobbying and the rest divided among lobbying firms stocked with former government staffers who have passed through the revolving door (including) …the Penn Hill Group, featuring Victor Klatt, a former aide at the U.S. Department of Education under then-Secretary Lamar Alexander, now a Senator (R-TN), … Apollo recently also hired a team of revolving door lobbyists from Crossroads Strategies LLC, including former aides to Lott and Senators Richard Shelby (R-AL) and Thad Cochran (R-MS).  Apollo is under investigation by the attorneys general of Florida, Delaware, and Massachusetts, and recently received a broad subpoena from the Department of Education’s Inspector General regarding its business practices.”

19 out of 26 Apollo Education Group lobbyists in 2013-2014 have previously held government jobs.

So why is Attorney General Bob Ferguson resorting to scare tactics about Running Start and Skill Centers? Why go to bat to save charter schools which will further starve our public schools of funding?

One thing I do know, having a Supreme Court that’s keeping an eye on both the Executive and Legislative branch is a good thing. Otherwise, public education in the state of Washington would be in even worst shape.

2 thoughts on “Why is Washington State Attorney General Robert Ferguson sticking his neck out for charter schools?”