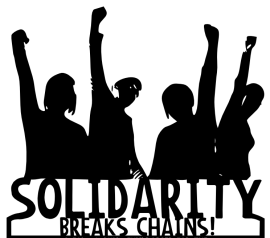 SEAAC (Superintendent’s Special Education Advisory and Advocacy Committee) and concerned parents stand with the Garfield High School staff in opposing the MAP test for any use in high schools. The test covers materials not routinely taught to general education students. There is no reason for the test, and the results aren’t used for any purpose benefiting the students. SEAAC further believes that MAP testing should not be used to evaluate educators. We hope the district moves away from more standards based testing, and away from more standardization. Our students are not standard. Who wants kids to be standard anyway?

SEAAC believes that the MAP testing and the agenda moving schools towards standards-based education is an indignity for students with disabilities and others as well. The whole point of these standardized tests is to create failures; first the students and then the teachers. Being “nonstandard” is not a failure for our students, nor our teachers, nor our schools. Diversity and standardization are incompatible.

If everyone did well on standardized tests or “measured to standard”, we would say: “The test is too easy. Everybody passed it.” Instead, we create tests that have failures built-in by design. The only question remaining: “Who will those failures be?” The answer is: “Whoever wrote the test will pass the test. Others will fail.” Failure is the design of MAP. After all, somebody has to fail them or why have the tests at all?

Teacher evaluation based on MAP sets up a whole system of perverse and discriminatory incentives against students with disabilities. Student ability is pitted against teachers. Teachers are incented to remove students with disabilities from their classrooms to improve their own evaluations. That exacerbates the existing reluctance to educate inclusively. Schools are incented to funnel any poorly performing group into segregated settings, often special education settings, where the impact of the resulting evaluation can most effectively be minimized. One could imagine a school where every poorly performing student was stuck with a single teacher, probably the newest one. That way, only one teacher would have to take the hit for “poor results” and for evaluation. All the other teachers would be stars. Look at most high schools, indeed you will find segregation along those performance lines. Segregation doesn’t benefit our students.

Where does the district think our children will end up? At the bottom once again. After all, we already know our students need help with comprehension or math. That’s why we have IEPs. Without the supports and resources our children need, the MAP RIT scores are just a piece of paper. It would seem the district is failing in providing the necessary supports, because, as a group, special education students’ scores continue to trend downward; downward to the point that 8th graders have predicted grade levels five to six grades lower. We have not seen any evidence towards improved outcomes for students with disabilities since the advent of the MAP testing. Where are the results from the expense of the MAP?

Finally, standardization and standards-based tests and grading are misused to deny our secondary students access to extracurricular activities like sports or clubs. Grades are used as gatekeepers, and our students are often left out, again. Of course, parents in the know, and parents who have the time to advocate for their children can circumvent these roadblocks. Once again, standardization minimizes the educational experience of students with disabilities.

We stand with Garfield High School Teachers in their endeavors to not give a test that promotes failure. As far as students with disabilities are concerned, this test should not be given as it is useless and demoralizing to students with unique learning profiles.